When Gok Invited Sheer Bliss to his Fashion Brunch 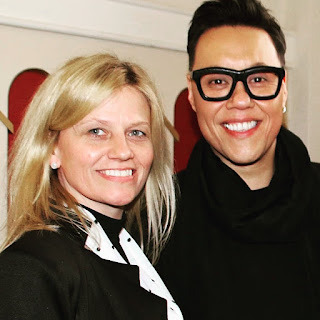 It’s not every day you receive a phone call from one of Britain’s most iconic fashion provocateurs; Gok Wan. However, we were honoured to be invited to his current international tour of the ‘Gok’s Fashion Brunch Club’ as a brand in which we would be asked to showcase some of the most fabulous pieces we sell. The Brunch was all about empowerment of women and a selection of stunning outfits from local independent businesses (something which was at the forefront of Gok’s endearing and hilarious speech.) Not only was it a pleasure to be involved with such a well organised, beautiful event but the opportunities to empower women and make them feel amazing in their own skin through the addition of a fabulous fitting bra just showed us how important and in some cases life changing it was.

Having chosen a selection of outfits which we thought would represent the shop well and promote the idea that lingerie can change an outfit through the essential fit whilst still being beautiful, we headed to the Queens Hotel in Leeds to meet with Gok’s stylists to create the final looks for the show. The following day we were briefed early in the morning by Gok himself, which was then followed by a run through and after everything was set and ready to go and final adjustments were made, the reception began to fill up with excited women who were eager to view the collections, and of course, Gok himself.

As the show began and beautiful pieces from mother of the bride outfits, to millinery and bridal wear took to the runway, women cheered excitement over the stunning pieces. The first half of the show was quickly over and Gok began to talk to the crowd in the interval about body shapes and holiday style. The masterclass on body shapes lead to one ‘top heavy’ woman in particular facing the stage, embarrassed and almost ashamed of her shape. The answer to this; a poor fitting bra. Not only did she have an incredibly small waist hidden by her breasts but also, a quick adjustment of her bra straps and the woman's body as well as confidence would be completely transformed. Her new found confidence and small waist was only down to one thing, the fit of her bra, and this is a common factor which we find in women. Once you find a bra which fits right and supports you fully, you will be surprised at how much it can modify your body shape and as a result, the confidence within yourself.

The fit of a bra is essential for all women, and you also need to take into account the shape of your breasts, as this can effect how your bra looks. If you are top heavy, like the woman at the event, this means you carry a higher amount of weight in the top parts of your breasts. This can sometimes make finding the right bra difficult as you don’t want your breasts spilling over the top of them. In this case, we would suggest a bra with a smooth, rounded cup which will cover the breast a little more to create a seamless look. Or maybe, a lace trim which would come up a little higher covering more breast tissue, this can also be a successful look. It’s important to have full support from your bra straps as well as the band around your rib cage as all 3 areas should help give a lighter feel and more supported outcome, creating a much more comfortable wear. This outcome will also contribute to your breasts sitting in the correct place resulting to a much smaller waist than what would be achieved with a poor fitting bra. This not only therefore transforms the body but also increases the confidence tremendously, which in our opinion, is what it’s all about.

After what felt like a group therapy session from ‘Auntie Gok’ the second half began, where a selection of our pieces took to the runway.  Women cheered in support of the confident and fabulous models including curvy, thin, old and young women who loved their outfits from the get go. Once the show was finished and all 80 outfits from the independent boutiques had been shown, the crowd of women were overjoyed with the entire experience and the transformation in confidence Gok had achieved with some of the ladies.

Overall, a fabulous day was had by all and being a part of it was such a pleasure in so many ways from showcasing beautiful pieces, to meeting Gok himself as well as his marvellous team. The event was a fabulous way to promote independent, local businesses as well as the empowerment of women who entered the room with little confidence and left feeling amazing and beautiful. 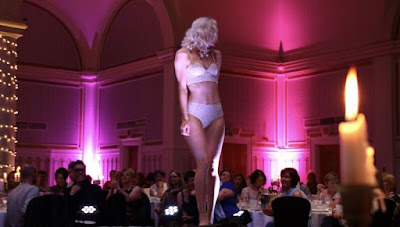